The History of the Będzin-Czeladź Cemetery Indexing Project 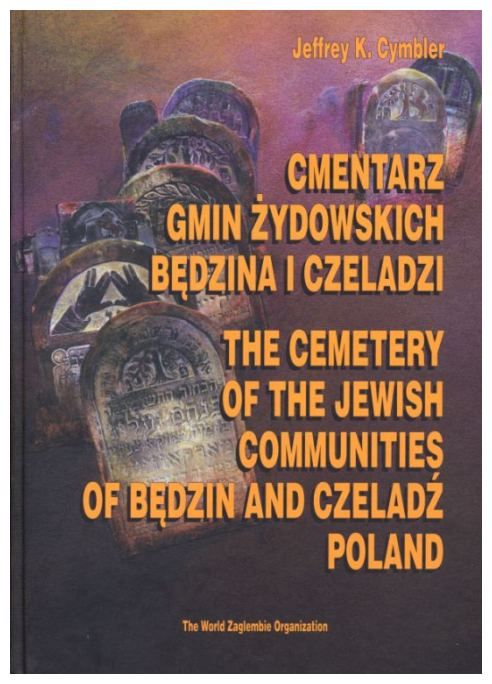 In 2003, I arranged to have a graduate of the Jagiellonian University in Kraków, Krysztof Adamczyk, photograph each tombstone with a digital camera which I provided. The tombstones were individually photographed over a period of months in a systematic manner so that the location of each tombstone could later be determined in sequence. Approximately 3200 photographs were taken.

I reviewed each image and translated, transliterated and extracted all of the relevant data and information in the inscriptions of each tombstone. Ada Holtzman, Orna Neiderman, Connie Newhan and I then entered my handwritten extractions into an Excel database. Ada and I also converted all Hebrew dates on the tombstones into non-Hebrew dates. All proofreading and rechecking the database entries against the photographs was done by me and only I am to blame for any errors that may not have been caught.

Some photographs were not clear enough to fully decipher either because of the quality of the photo or because the eroded inscription on the tombstone. Therefore, I spent three full days in the cemetery inspecting dozens of tombstones and also verifying the row numbers of all the tombstones.

In the course of reviewing the digital images, it became evident that during the course of the cemetery’s renovation in 1988, different parts of broken tombstones had been cemented to the ground in separate locations. In many cases I have noted this observation in the “Notes” column.

It is my hope that this book will assist people in locating the tombstones of their family members for many years to come.

How to Read the Database of Tombstones

The following descriptions and explanations apply primarily to the printed version of the database in “The Cemeteries of the Jewish Communities of Będzin and Czeladź, Poland.”

The database catalogue of the tombstones in the book is divided into three sections.

Therefore, to locate a particular tombstone listed in this book, review the alphabetical index of names. Next to the name you will find the Reference Number. Then go to the first two sections of the database and locate the Reference Number on the far left column.

The numbers on the far left column of the database refer to the Reference Numbers of the original digital photographs of the tombstones. These numbers have no connection with any numbering that may be found on the tombstones.

There are almost 3200 tombstones remaining in the cemetery. Unfortunately, the task of mapping the entire cemetery was too much of a challenge. Thus, I endeavored to chart, as best possible, the row number location of each tombstone. The tombstones are listed in this book in the order that they appear in the cemetery.

The first tombstone listed in each row is located next to the center path of the cemetery. Thus, to find a particular tombstone in the cemetery look for the first tombstone listed for that row. Verify that you have found the correct row by the name that should be on the corner (first) tombstone. The map in this book shows the name on each corner tombstone on every row at the center path. Once you have found the correct row, then count how many tombstones from the corner tombstone the one you are looking for is located.

Of the almost 3200 tombstones remaining in the cemetery approximately 900 have been destroyed or partially destroyed and surnames are no longer visible. Many tombstones are missing surnames, given names, names of father’s and/or dates of death. With access to the death records (akta zgonów) in the Czeladź and Będzin Civil Records Offices (Urzad Stanu Cywilnego) town halls much of the missing information that the Nazis and vandals have destroyed in the cemetery could be ascertained. For information on how to access these records, write to Bedzin@jri-poland.org

The vast majority of the tombstones are only inscribed with Jewish calendar dates. Secular dates of death are listed infrequently. In this book all the Jewish dates have been converted into secular dates. However, it is important to note that in the Jewish calendar the day begins at sunset in the evening and not at midnight. Therefore, if a person died in the evening at any time between sunset and midnight, the actual secular date of death should be one day earlier than as noted in this book. The only way to determine the actual secular date of death would be to locate the death certificate in the Civil Records Office (Urzad Stanu Cywilnego) of the town where the death was recorded.

Numbering of the Tombstones

It should be noted that the highest tombstone number recorded is number 4018 dated December 22, 1942. This would seem to indicate that at one time there may have been more than 4000 tombstones in the cemetery. Today there are fewer than 3200 tombstones remaining in the cemetery. A visitor to the cemetery will note that there are several piles of broken tombstones throughout the cemetery which theoretically, if separated and photographed, could be put back together like a jigsaw puzzle.

Many of the tombstones have their original numbers on the stone. Where I have noted the inscribed number from a tombstone, the number is listed in the Notes column with the letter “M” preceding the number. The letter “M” in the notes column stands for the word “matzevah” or tombstone.

The indices to the matzevot have been integrated into the JRI-Poland general database.

The JRI-Poland search page allows you to narrow the search by entering “????” in the “Town” field. If a match in the Cemetery database is found, it will be identified in a separate table in the search results.

JRI-Poland has no additional details or photographs associated with these burial records other than included in this database or the book in which this data was initially documented.