Miriam Weiner and the Routes to Roots Foundation 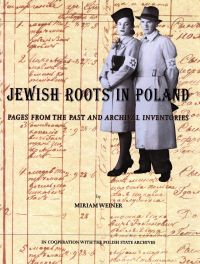 In 2017, JRI-Poland.org entered into a cooperative agreement with Miriam Weiner, founder of Routes to Roots Foundation. The entirety of the agreement can be found here: https://www.rtrfoundation.org/jrip.pdf.

In 1989, Miriam Weiner traveled to Poland where she met with the director of the Polish State Archives. As a result, Weiner was given unprecedented access to archives throughout Poland for the purpose of identifying, translating, coding and creating an index to Jewish and civil records, later published in Weiner’s book, Jewish Roots in Poland: Pages from the Past and Archival Inventories. Further, they agreed that her material would be submitted to the various archives for verification and updates.

In 1993, Weiner signed a historic agreement with Prof. Jerzy Skowronek, then director of the archival system in Poland, in confirmation of the above verbal agreement.

About six weeks prior to publication, Prof. Skowronek was tragically killed in an automobile accident and his position was filled by Dr. Daria Nalecz who stated “This publication is the first effort to present a comprehensive listing of our archival holdings and documents relating to Jewish people together with the documents in the Urzad Stanu Cywilnego offices (local town hall offices holding vital records) and the Jewish Historical Institute.”

Beginning in the late 1990s, many articles from Jewish Roots in Poland were posted to the Foundation website which is very important since the book is now out of print.

The foregoing inventories and following name lists and publications represent a massive amount of material that JRI-Poland will process (translate, index, etc.) and make available as soon as we can.